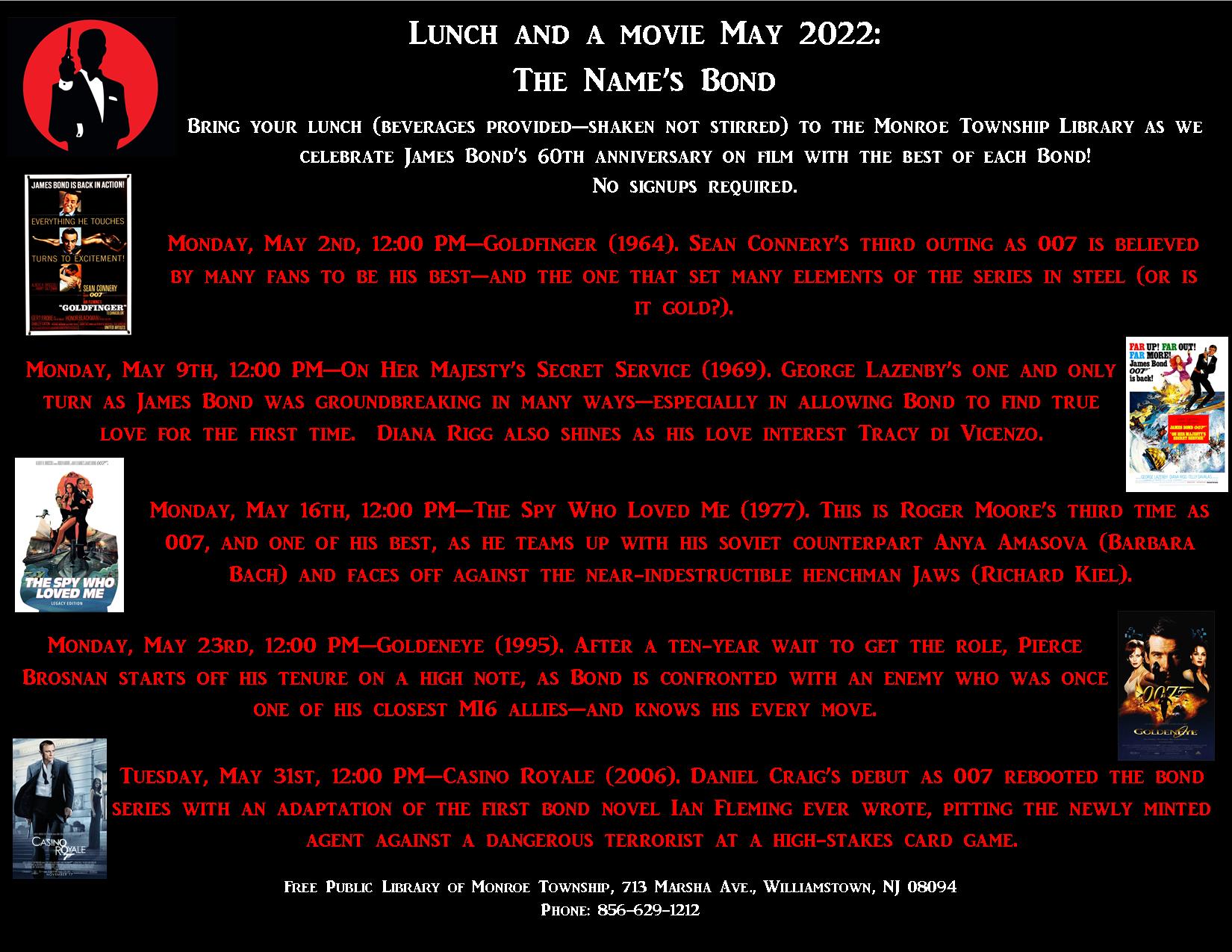 Bring your lunch (beverages provided--shaken not stirred) and celebrate the 60th anniversary of James Bond onscreen with the best of each Bond! No signups required. Roger Moore’s third Bond movie is considered his best, with a perfect blend of humor and adventure. The disappearance of British and Soviet submarines spurs Bond to investigate—and to collaborate with beautiful Soviet agent Anya Amasova (Barbara Bach). Their alliance is complicated by the fact that Bond had killed her lover during a prior mission, causing her to swear revenge once the mission is over. But soon the stakes become even higher as they uncover megalomaniac Karl Stromberg’s plot to destroy civilization...and do battle with his nearly-invincible steel-toothed henchman Jaws (Richard Kiel).