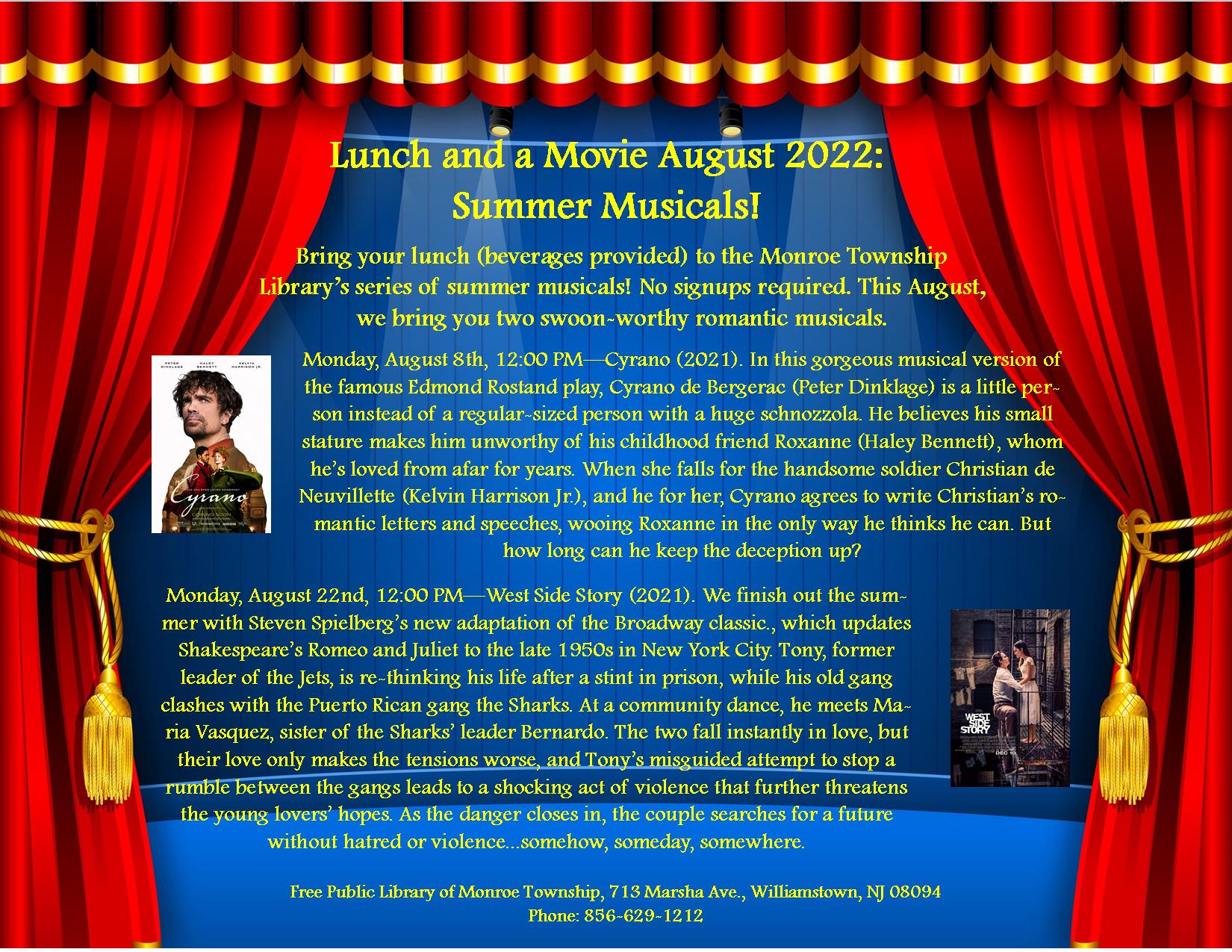 Bring your lunch (beverages provided) to the last two in our summer musicals series--both swoon-worthy romances. No signups required. This gorgeous musical version of the famous Edmond Rostand play is an adaptation of a previous stage musical. It stars Peter Dinklage as Cyrano de Bergerac, re-imagined as a little person instead of a normal-sized guy with a huge schnozzola. Cyrano is a soldier as well as a gifted writer and poet, but he believes his small stature makes him unworthy of his childhood friend Roxane (Haley Bennett), whom he's loved from afar for years. When she becomes smitten with the handsome soldier Christian de Neuvillette (Kelvin Harrison Jr.), and he with her, Cyrano agrees to write Christian's romantic letters and speeches for him, wooing Roxane in the only way he believes he can. He must navigate many obstacles, such as keeping the charade alive when Roxane and Christian speak alone together, helping Roxane evade a nobleman's attentions, and the prospect of his unit being sent to the front lines of the war with Spain. As the ruse deepens, can Cyrano keep it up...and will Roxane ever love the man who has been wooing her all along?