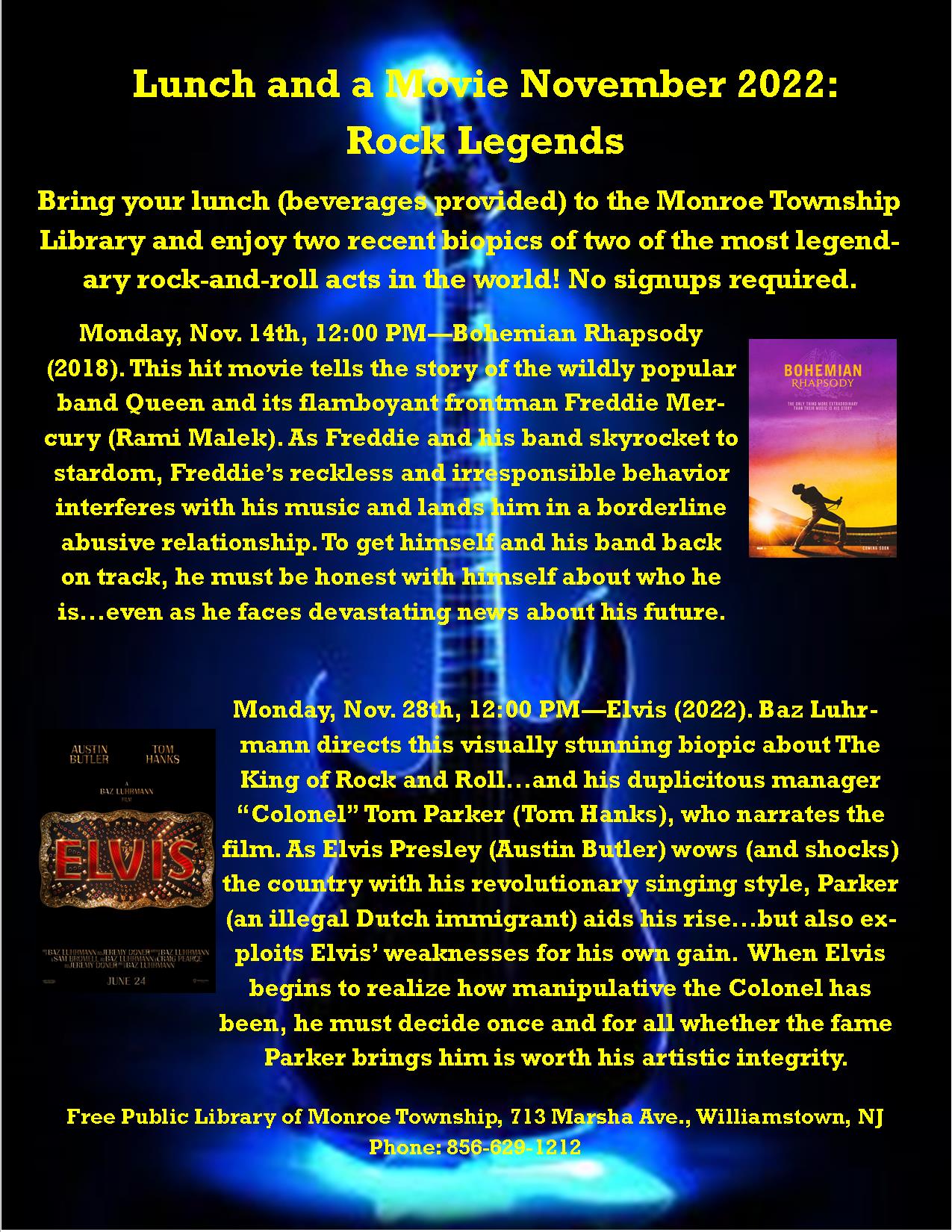 Bring your lunch (beverages provided) and enjoy a couple of biopics about two of the greatest rock acts of all time! No signups required. Baz Luhrmann directs this visually stunning biopic about The King Of Rock And Roll...and his duplicitous manager "Colonel" Tom Parker (Tom Hanks), who narrates the film. As Elvis (Austin Butler) wows—and shocks—the country with his revolutionary singing style, Parker (an illegal Dutch immigrant) aids his rise...but also exploits the King's weaknesses for his own gain. When Elvis begins to realize how manipulative the Colonel has been, he must decide once and for all whether the fame Parker brings him is worth his artistic integrity.